When you think of idylic locations for scuba-diving, the chances are that the North Norfolk wouldn’t be top of your list.  And if you’re looking for clear water and easy access, it would probably drop further down the list!

However, look a little deeper (no pun intended, honestly!), and you will find that there are a couple of hundred wrecks within 20 miles of the coast.  A gently sloping seabed means that the depth is still less than 40 metres 25 miles out, so all of those wrecks are within the reach of recreational divers. 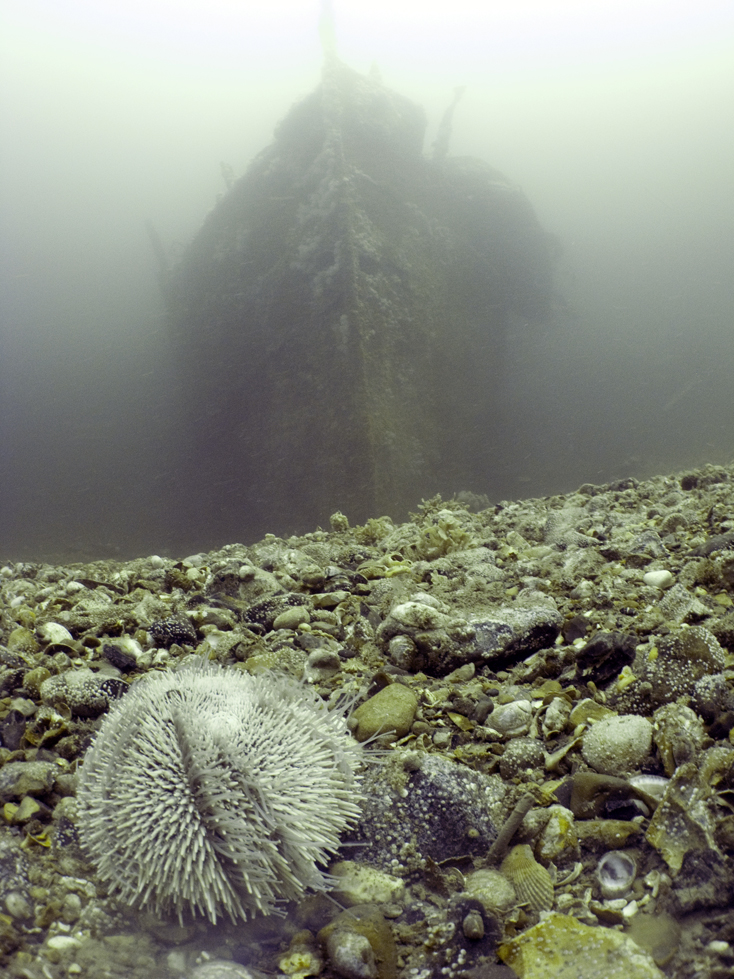 Wreck of the SS Minorca – stands 7m from the seabed.

Why so many wrecks?  Well many are the casualties of the weather and treacherous sandbanks, but the majority are casualties of the two World Wars.  During the last war, part of Churchill’s war plan was to ship a two-year supply of coal into London to free up shipping for other tasks later in the war.  This allowed the Axis powers to use E-boats from the Dutch coast to pick off the merchant ships as they rounded the Norfolk coast.

Other interesting wrecks include two submarines (one from each war), several bombers, destroyers, and a paddle-steamer.

A crab makes its home in a destroyer’s gun barrel.

If you’re plannig a diving trip to the area feel free to get in touch for advice, and if you’re looking for somewhere to stay then Oaktree Cottage is the ideal base.  We have a secure brick-built shed to keep kit safe, as well as an outside tap so you can wash it at the end of each day.