When we were buying Oaktree Cottage, we tried to find out a bit about its history.  Unfortunately the historical deeds don’t seem to exist any more, and the oldest planning record refers to the cottage in 1820, so we know it was built before then.

The beams in the kitchen look to date from about this time – the parallel saw marks point to the use of a mechanical saw.  The beams in the lounge however look much older, and were hand sawn, probably in a saw-pit, as shown by the uneven saw marks.  These are more typical of 17th century construction, so it looks as though the cottage could be at anything up to 350 to 400 years old!

In doing my research I was surprised as to how late most of Britain was actually mapped.  While we were busy building an empire, and charting the oceans of the world, most of the UK remained unrecorded!  The earliest map that I can find is the Tithe map – dating form about 1830, which clearly shows Oaktree cottage as one of the earliest buildings in Briston. 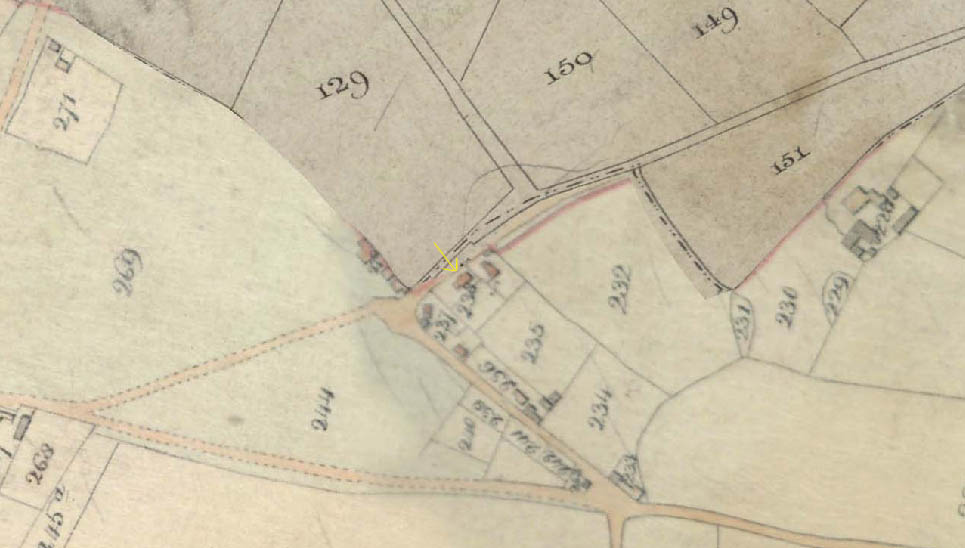