Holt festival (four miles from Oaktree Cottage) in now in its fourth year, and is once again bigger and more varied than ever… 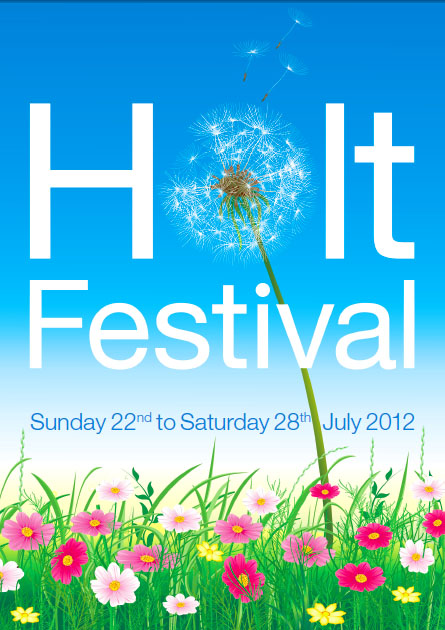 The ‘big names’ for this year include Alan Bennett, Mark Steel, Miriam Margoyles, Andrew Motion, and Courtney Pine, but there is a lot more depth to the festival than the headline acts.

There is also a parallel programme of events for children and teenagers, including workshops for music, craft, dance, and even fencing, all of which are free.

The free and fringe events include an arts trail, book readings, street performers, and even an ‘open mike’ comedy night.

Oaktree Cottage is an ideal base location for the festival – you can be in Holt in less than 15 minutes, but when you want to escape the bustle you can retire to the peace of the cottage.

We’ve been booked for the festival week for some time, but if you’d like to book for the last week of July 2013 the diary is now open!